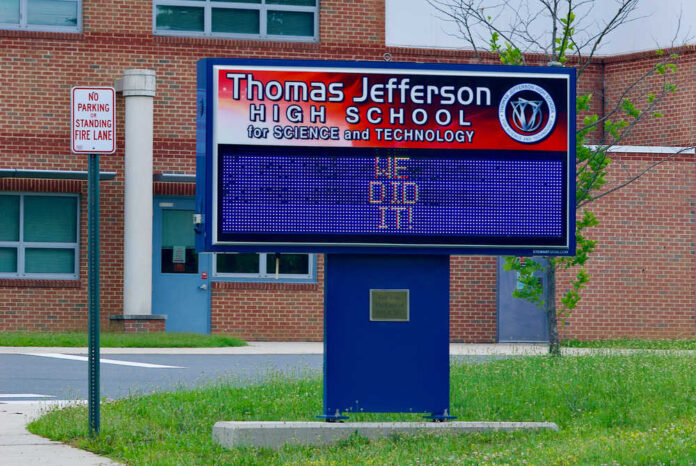 Virginia’s Lt. Gov. Winsome Sears has called for an investigation into the merit award saga that has rocked the state’s top public high schools.

The parents claimed the school did not notify the students that they had received the award until months after the awards were announced. Parents said the school made the decision to withhold the certificates because of an ideological push for equity.

This is reprehensible. I have reached out to the Governor and Attorney General and asked for an investigation.
Our children's education is not a zero-sum game. We cannot punish success in order to have "equal outcomes at all costs". https://t.co/eH2VFXwQ3Q

Sears described the decision as “reprehensible” and revealed that she has reached out to the state governor and attorney general, asking them to investigate the issue.

“Our children’s education is not a zero-sum game,” Sears added. “We cannot punish success in order to have equal outcomes at all costs.”

According to Fox 5 DC, some parents call for the school’s principal’s sack. Shawna Yashar, a parent at the school, claimed the school had not been properly informing students of their awards for years.

Yashar said she spoke to Kosatka about it on the phone and he informed her that the school underplayed the recognition because they didn’t want to hurt the feelings of other students who didn’t receive any award.

Srilekha Palle, another parent, described the school’s decision as unfair.

“I’ve always said no two children can be the same,” Palle said.

Harry Jackson, another parent, said she is very skeptical of this school’s decision. She added that the decision denies children a pathway to prosperity and an opportunity to reach their full potential. Jackson revealed that Sears’s call for investigation thrills her and gives her hope.

“We are continuing to look into this matter and will take any necessary steps to ensure consistency in appropriate and timely notification of National Merit recognitions going forward,” a Fairfax County Public Schools board member told FOX 5.